The unique nature of adolescence means that young people experiencing abuse and trauma in this phase of life may have different needs to younger children or adults. 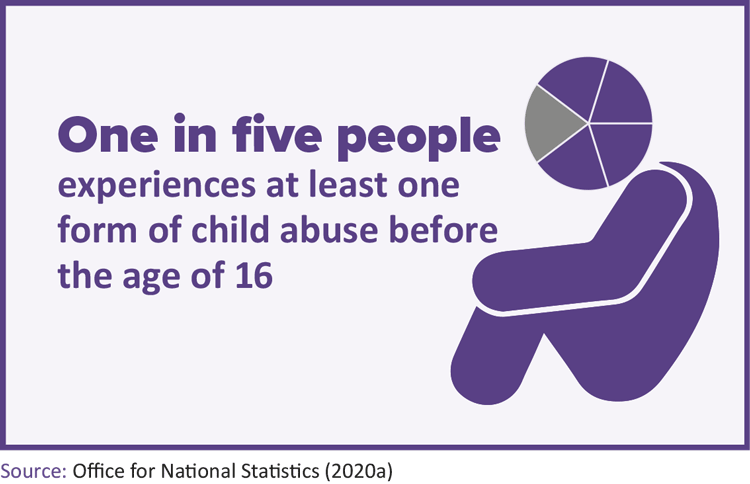 There is a recognised gap in knowledge and understanding about how the mental health and emotional wellbeing of young people are affected by experiences of trauma and abuse during their teens and early 20s. However we do know that significant numbers of young people have these kinds of experiences, including abuse and neglect, sexual abuse, adverse childhood experiences, and bullying and violence. Both active prevention and age-appropriate responses are critical.

Around 4 in 10 adults (44%) who were abused before the age of 16 years experienced more than one of emotional abuse, physical abuse, sexual abuse, or witnessing domestic violence or abuse (ONS, 2020a). Data relating to child abuse generally only goes up to age 18 (16 in the Crime Survey for England); finding data on abuse of 16-24 year olds (as distinct from older adults) is difficult.

and adverse effects on the child’s emotional development (NSPCC, 2014). The NSPCC has reported that Neglect is the most common form of harm for adolescents who were the subject of a child protection plan or on a child protection register in 2019 in both England and Northern Ireland, and the second most common in Wales and Scotland. It is a factor for over a third of all adolescents on plans or registers across the UK (NSPCC 2020).

The Crime Survey for England has estimated that one in five people experiences at least one form of child abuse before the age of 16 (ONS, 2020a).  Chart 8.1 shows that as adults, women were more likely to report the experience of emotional or sexual abuse before 16 than men. 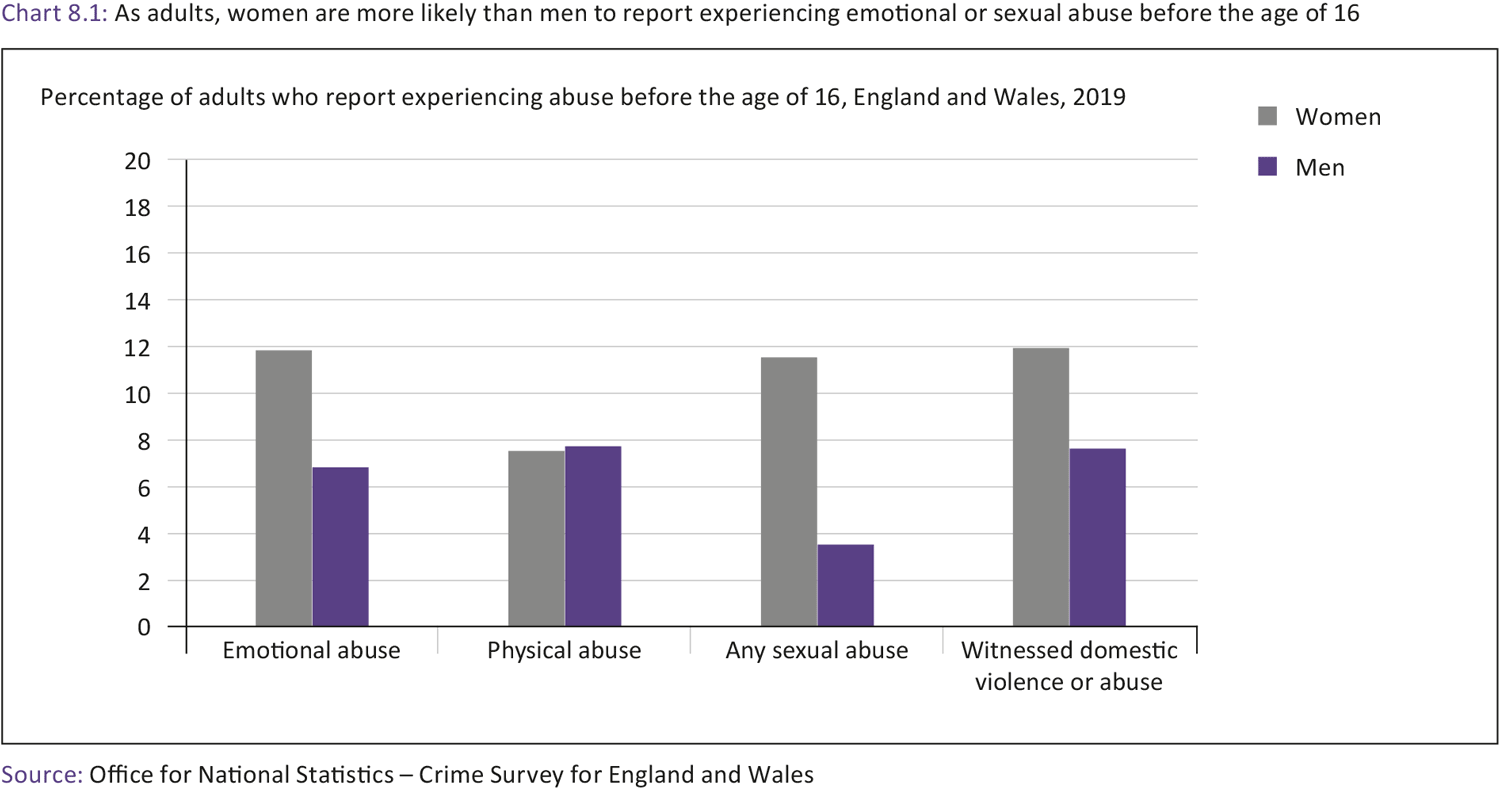