Young people’s experiences of education, training and employment provide an important context for understanding their health outcomes, both now and in the future. 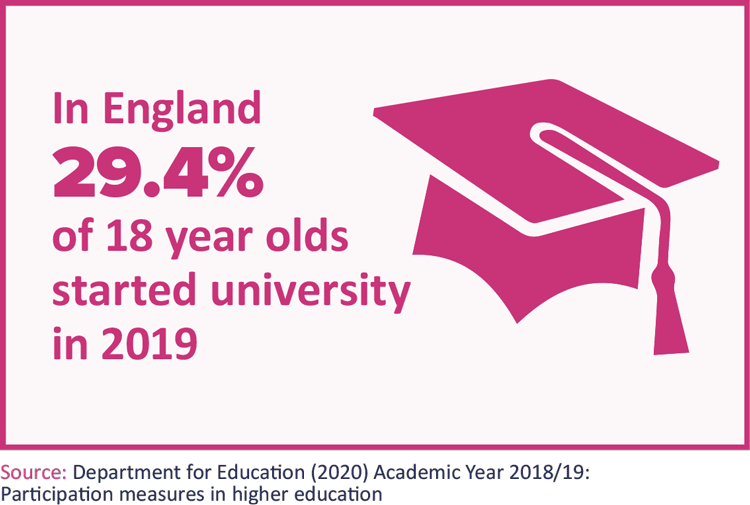 After formal examinations at age 16, there is now a legal requirement on young people in England and Wales to continue with some form of education or training until they are 18. In Scotland the school leaving age remains at 16 although most stay on. A number of choices are open to 16 year olds in the UK at this age, depending on their examination achievements. The majority remain in full time education, usually pursuing academic qualifications, but others move into flexible pathways including various combinations of education, training and employment.

Chart 10.4 shows the time trends for participation in education and training at age 16-18 in England, from 1994 until 2020, demonstrating the rise in the proportion of young people in full time education. By 2021, only 1 in 14 young people were working in jobs without training or education. 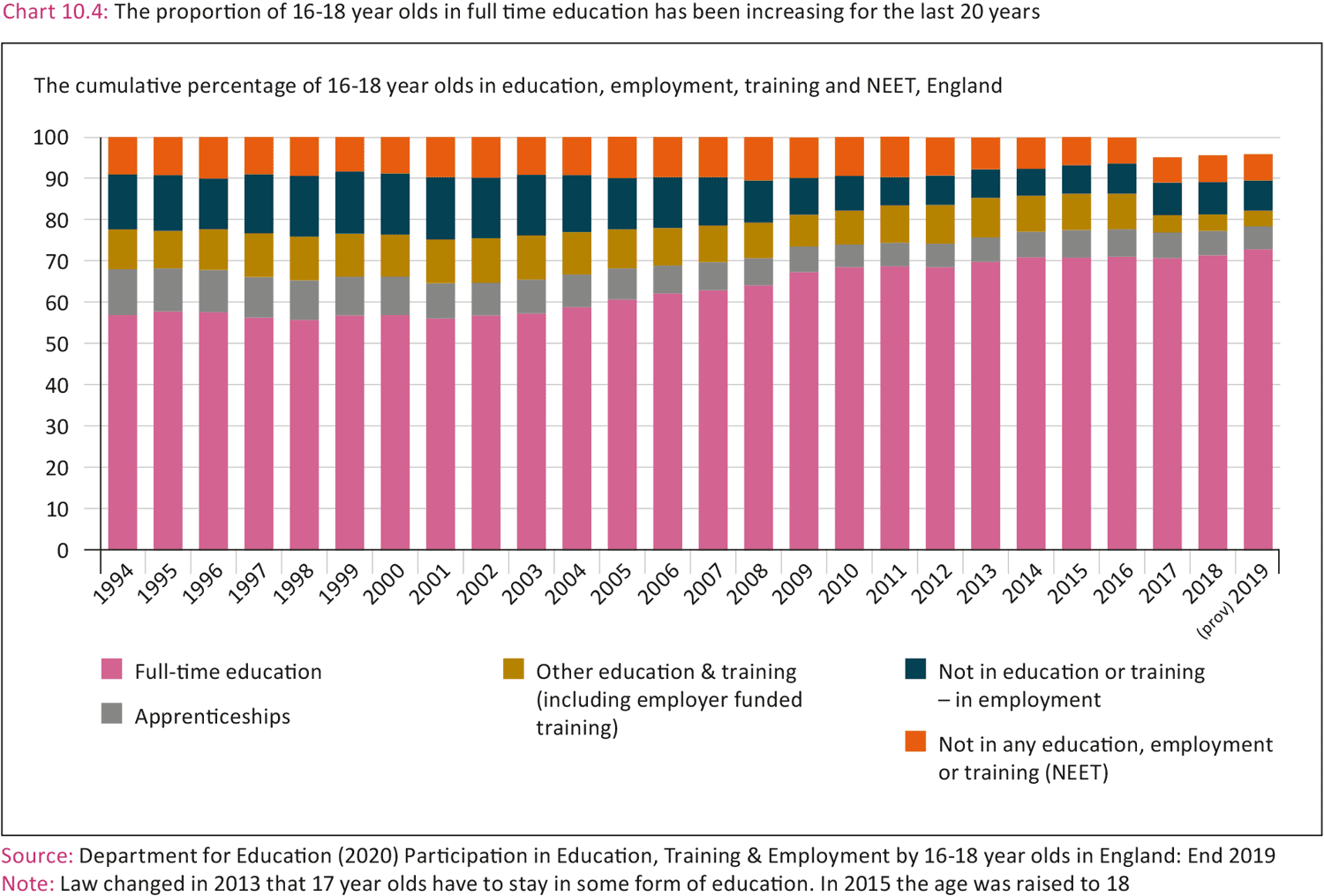 Scottish statistics show where their school leavers (16-18) are a year after leaving. In 2017/18, 94.4% of Scottish school leavers were in a positive follow-up destination, consisting of education, employment or training. Two thirds of young people were staying on until the year they turned 18 (Scottish Education Statistics, 2019).

Again, comparing qualifications achieved at age 18 across the UK is not possible given the different systems. In England and Wales ‘A’ Levels and their equivalents are called ‘Level 3’ qualifications, which equates to a Level 6 qualification in Scotland. Again, these public examinations were cancelled during the Covid-19 pandemic and replaced with teacher assessment, so are not comparable to previous or subsequent years.

In England in 2019/20, nearly two thirds of young people aged 19 (60.2%) achieved a Level 3 Qualification (Department for Education, 2021b). In Scotland almost exactly the same proportion of school leavers (60.5%) obtained one or more qualifications at level 6 in the same year (Scottish Government, 2021). It has been estimated that nearly 45% of a level entries across England, Wales and Northern Ireland were awarded an A or A* in 2021 (The Guardian, August 2021). In Scotland, 90.2% of entries for Advance Higher Level (A Level equivlant in 2021 were graded A-C (Scottish Qualifications Agency, 2021).

After age 18 approximately one third of the age group now progress on to higher education, particularly to study a degree at university. In England 29.4% of 18 year olds started university in 2019, and 11.6% of 19 year olds (presumably after retaking or a gap year) (Department for Education, 2020).