Neurodiversity describes the learning and thinking differences that young people may have, including autism, attention deficit and hyperactivity disorder (ADHD), and special educational needs. 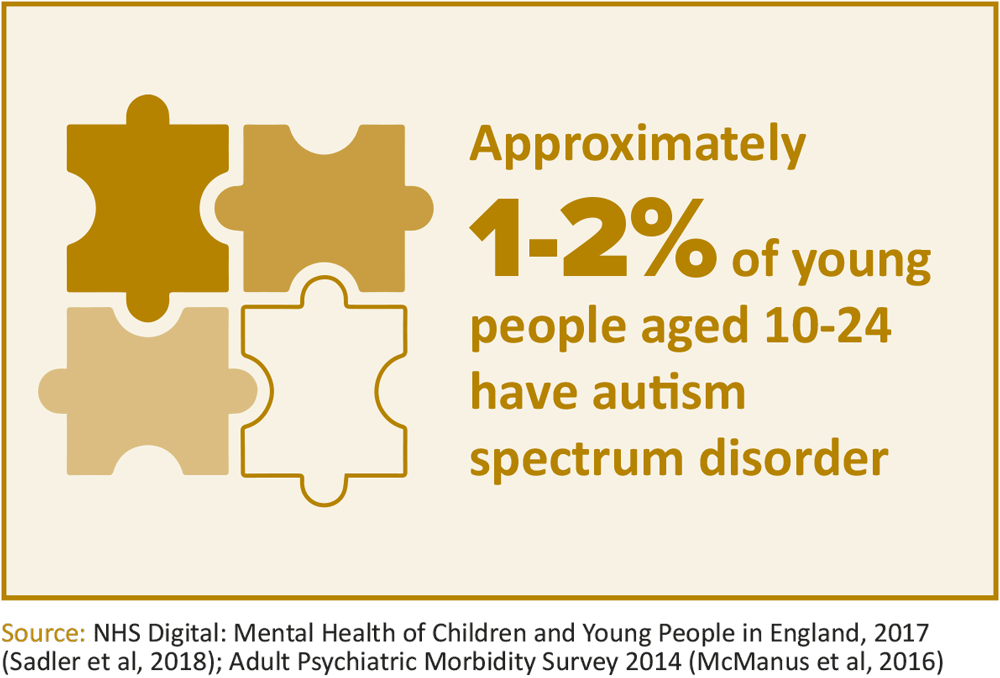 The majority of young people become increasingly focused on their peer groups and social interaction during adolescence so this can be a very difficult time for young people who find it hard to manage their relationships with others, including those with autism. The defining characteristics of autistic spectrum disorders (ASD) are impairments of social interaction and communication, and often a reliance on repetitive, habitual activities and behaviours.

However, as a spectrum, a very wide range of functioning is included under the overall heading and people may vary considerably in their experiences.

Rates for autism spectrum disorder in the most recent NHS Digital prevalence study of mental health among children and young people in England (Sadler et al, 2018) showed that among 11-16 year olds, autism was identified in 1.8% of boys and 0.4% of girls. Among those aged 17-19, 1% of boys and 0.7% of girls met the criteria. The Adult Psychiatric Morbidity Survey provided estimates for adults meeting the criteria for autism spectrum disorder, but because of low prevalence rates the data were presented for 16-34 year olds, rather than 16-24 year olds. Rates were 1.7% for men and 0.2% for women (McManus et al, 2016). Similar results were reported for Scotland from analysis of Scottish Census data which found that 1.9% of children aged 0–15 years and 1.2% young people aged 16–24 years had an autism diagnosis (Rydzewska et al., 2019). In Northern Ireland a screening measure for autism produced higher estimates of 11-15 year olds ‘at risk’, with rates of 16.3% of males and 12.5% of females in 2020. Screening uses a wide net to catch all possible cases, so further assessment would be required to make a formal diagnosis, for which numbers would be much smaller (Bunting et al, 2020). 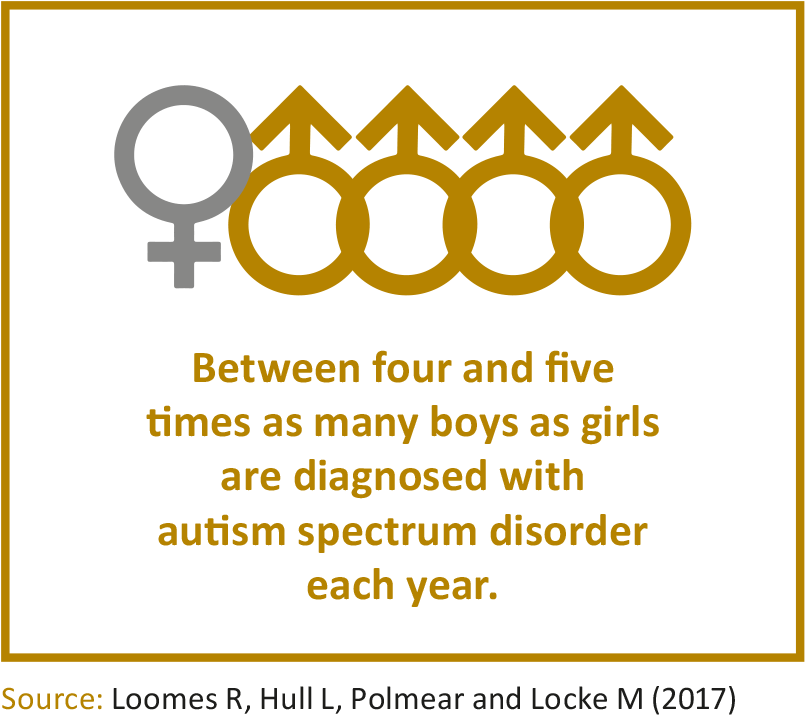 Young girls with ASD are less likely to receive a diagnosis and more likely to wait longer for a correct diagnosis compared to their male counterparts. It is thought that young women and girls may be better at masking their symptoms or their symptoms may appear different (National Autistic Society, 2021; Rudy, 2020), so the rates among girls may be higher than diagnoses suggest (Loomes et al, 2017).

As well as the gender differential, with around five times as many boys as girls meeting the criteria, on average half of the children diagnosed with autistic spectrum disorders have learning disabilities (Fombonne et al, 2011).