Children and young people aged 10-24 account for 18% of the whole population of the UK.  The most common causes of death include accidents, self-harm and assault, and cancer. 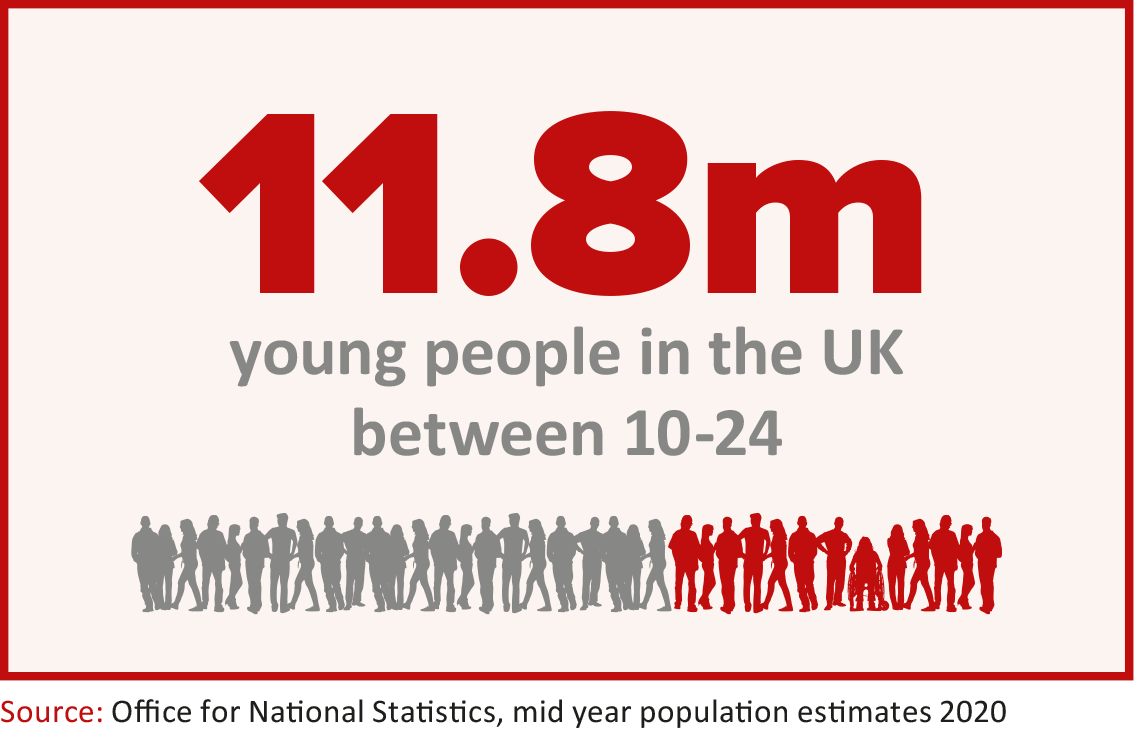 Young people aged 10-19 represent 11% of the total population of the UK. If we include those up to their 25th birthday, those aged 10-24 account for 18% of the population. Comparing the 2019 population pyramid with 2009 data demonstrates that there are now significantly more 10-14 year olds than 10 years ago, as the mid 2000s baby boom grows up.

In the population as a whole more young people than older people fall into ethnic minority groups. However the most recent data are still those from the 2011 census and are thus likely to be out of date.  At that time, the proportion of the population of England and Wales who classified themselves in a group other than white British was 19.5% (Office for National Statistics, 2012).  For young people age 10-19 the proportion was higher; 21.5% classified themselves as falling into a category other than white British. The largest not white minority groups were mixed ethnicity, followed by Pakistani, Indian and African (Black African/Caribbean/Black British).